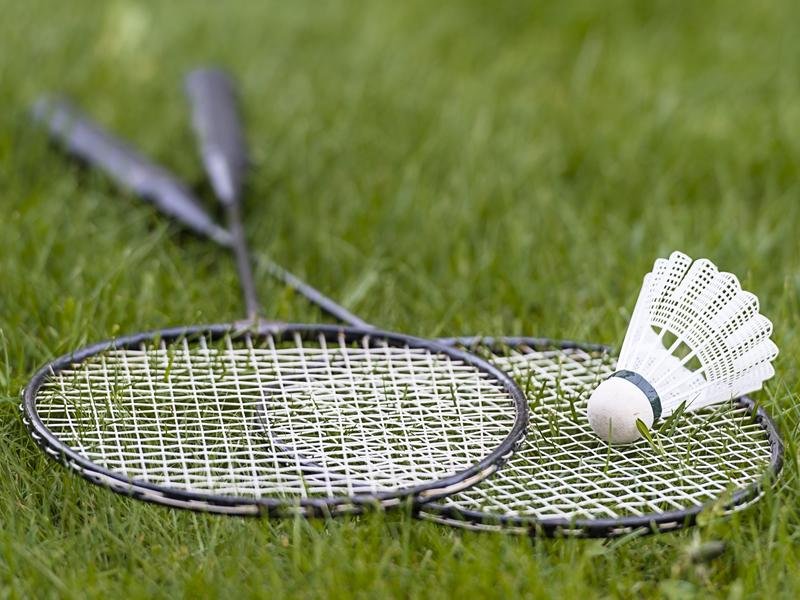 BADMINTON is a racquet sport using lightweight rackets and a shuttlecock and it played in a court or lawn. Across the middle of the rectangular court is a net between the two opposing teams. The basics of badminton are not difficult to master; even new players with little or no skill can enjoy their first game and progress quickly.  Badminton made its debut as a demonstration sport at the 1972 Olympic Games in Munich. Until it became an official sport at the Barcelona 1992 Olympic Games.

Each game is umpired by a referee on a high chair who overlooks the game. There are also line judges who monitor if the shuttlecock lands in or not. The referee has overriding calls on infringements and faults. The game has only two rest periods coming the form of a 90 second rest after the first game and a 5 minute rest period after the second game.

Minimal equipment is needed to get started playing badminton: a stringed racket and a shuttlecock. A shuttlecock is an open conical object formed by goose feathers embedded in a rounded cork base. You can only really hit the bottom of the shuttlecock and as gravity comes into play will always revert the ball side facing down. You may only hit the shuttlecock once before it either hits the ground or goes over the net. The speed at which this projectile moves is higher than in any other racket sport.

Badminton rackets can be made from several types of materials. Depending on the material selection, this can result in different combinations of racket weight, balance points and string tensions. Select a racket that you feel comfortable with. Swing the racket around to get a good feel of its overall weight and grip.

There are two forms of badminton, singles and doubles. Smashing tends to be less prominent in singles than in doubles because the smasher has no partner to follow up their effort and is thus vulnerable to a skillfully placed return. In doubles, 2 partner players and both pairs will try to gain and maintain the attack, smashing downwards when the opportunity arises.

The sport is very popular in Asian countries such as China and India with these countries leading the way by producing some of the world’s best players. Anyone can play badminton and the sport is a popular choice for people of all ages and fitness abilities.